The Meaning of Colors and Their Role in Your Life

“The meaning of the color red

If you walk in the forest, it is all green but there will be one spot of red – somewhere one red flower blossoming – that draws your attention because in your perception, red is the most vibrant of all the colors. All other colors may be pretty and nice but red is vibrant.

Many things which are significant to you are red. Red is the color of your blood for example. In human consciousness, colors have a big impact upon how you feel, and red creates maximum vibrance. Anything exuberant means red. You may have heard of “painting the town red!” Among the deities that you create, the feminine forms are the most exuberant. Linga Bhairavi’s color is red because she gives away red. Devi signifies that vibrance. Her energy is absolute vibrance and exuberance. Because of that, Devi is red – not because she is red, because she is not red!

The meaning of the color blue

Blue is the color of all-inclusiveness. You will see in the existence, anything that is vast and beyond your perception generally tends to be blue, whether it is the ocean or the sky. Anything which is larger than your perception tends to be blue because blue is the basis of all-inclusiveness. It is based on this that so many gods in India are shown as blue-skinned.Shiva has a blue skin, Krishna has a blue skin, Rama has a blue skin. It is not that their skin was blue. They were referred to as blue gods because they had a blue aura.

There is another aspect to this. In terms of one’s evolution, there are various hues that one’s aura can take. If we make the Agna very important in our sadhana, then orange will be the dominant color. That is the color of renunciation and kriya. If someone has a pure white aura, that means this is a pure being. Such a person’s presence will be fantastic, but he will not be so action-oriented. When someone attains to their highest but chooses to be active in the world, his aura will always be electric blue. Anyone who was dynamic was blue. It is this type of aura which allows you to function in the world in a way that other people think is superhuman.

The meaning of the color orange

Why people who walk the spiritual path choose orange as their color, at least in this country, is because orange suggests so many things. When a person is moving towards Agna, it can be very visibly noticed that the color of Agna is orange. It is organically and naturally so. If you go into certain meditations, you will clearly see that Agna is orange or saffron. The color is not actually saffron, it is ochre. The Agna chakra is the chakra of knowing or enlightenment, and is known as the third eye. There are 114 chakras in the body. Two of these do not ascribe to any color because they are not physical in nature. The rest of the 112 chakras ascribe to some color. Anything that is physical in the existence naturally reflects light. Once it reflects light, it will have color in your perception. People who are on the path where the whole process is about enlightenment and opening up that dimension of perception referred to as the third eye, will always seek ochre because they want to radiate that color.

Normally, a person who switches to orange drops everything that was old – his name, his identity, his family, his looks, his everything – and shifts into a different life. That means he is making a new beginning, a new sun has risen in his life. A certain realization has come where he is willing to shed everything and walk into another dimension of life or another possibility. It also suggests gnanaand vision. Either a person has developed or he wants to develop a new vision, that’s why he is going into it. For both people it is good to wear orange.

Orange is also a symbolism. When the sun rises in the morning, it is orange. You wear this color to indicate that a new light has come into your life and a new rising has happened within you – a new udaya. A new sun is beginning to rise within you. Another aspect is, when the fruit matures, it becomes orange. Orange is a symbol of maturity. When a person has attained to a certain level of maturity or ripening, he uses this color.

The meaning of the color white

White has a good impact on you. Especially when you live in a tropical country, white is the best color to wear. It is comfortable weather-wise. Traditionally, a person who wears orange cuts himself off from family and social situations. The one who chooses white walks the spiritual path, but is still involved in the other aspects of life. Those who are on a path where they don’t want to gather anything will wear white. Their sadhana is mild, but they are on the spiritual path, but they are involved with various aspects of life, they don’t want to gather life around them. They want to be participating in life but they don’t want to gather anything, such people will choose to wear white.

The meaning of the color yellow

In the Buddhist tradition, monks, who graduated to what Gautama called arhats, wore ochre robes. The rest wore yellow robes because the process that Gautama gave to the initial stage of Buddhist monks was a very rudimentary process. He chose this process for them because it did not need any preparation. He wanted to cause a wave of awareness. That means he didn’t stay in any town for too long. He was continuously moving from village to village and town to town. There was no time to prepare people for any kind of practice, so he gave them a very rudimentary process. But still he was converting them into monks. He was fixing their life but not giving them enough preparatory steps, so he told them to wear the yellow robe because yellow is the color of the Muladhara chakra. The most basic chakra in the body is Muladhara. He wanted them to be stable.

Such a process is taught when you are charting out a spiritual path for a few lifetimes. That tradition still continues in the Buddhist way of life. They keep coming back and coming back to do more work because the process is of stabilization, not of realization. So he told them to wear yellow robes.

The meaning of the color black

So, not everyone is qualified to wear black. If you continuously remain in black clothing and expose yourself to a variety of situations, you will notice that your energies will fluctuate and it sucks out all the emotion from you and gets your mind into very volatile, imbalanced states. It makes you into a silent suffering. You will suffer in such a way that you cannot even find expression to your suffering.

But if you wear black in a situation which is very vibrant and positive, you will absorb a tremendous amount of energy, which is good for you. Black should be worn only if you are ensured of the quality of the space.” 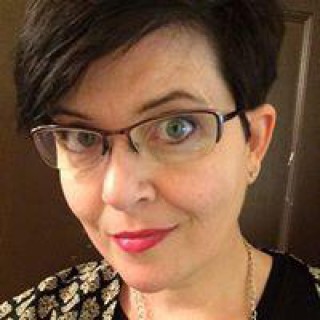 I am the great granddaughter of Willi Aeppli a Waldorf educator with Rudolf Steiner, color and temperament philosopher. I am a Licensed Clinical Social Worker, Certified Hypnotist, and Reiki Master.